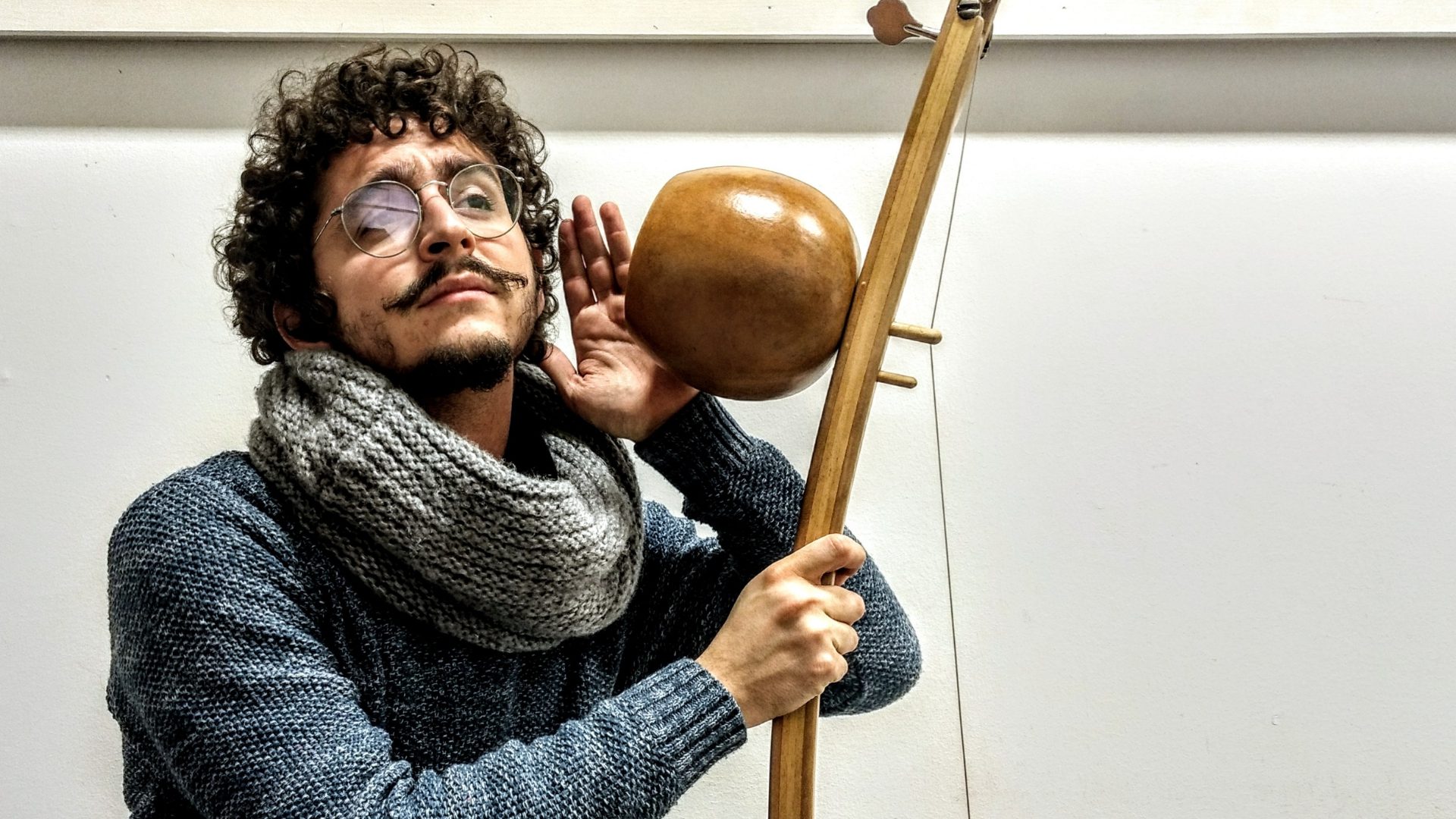 Eduardo Scaramuzza is Brazilian, a native of Pedregulho, in the interior of São Paulo. His work as a percussionist and composer is marked by the need to know new timbres and connect with places, cultures, traditions, and people. Born in a small town, the chaos and agitation of the metropolis are directly linked to his life and his way of creating.

He was a student of the Guri Project, Emesp – Tom Jobim and graduated from the State University of Campinas in Music, all with emphasis on percussion.

In his first two years at the University, he was awarded a scholarship of “Projeto Guri” that guaranteed his permanence in Campinas and also allowed participation of various festivals and percussion encounters in the country.

In 2013, he was hired as a Music Instructor by Guri Project and was also selected to participate in Mallet & Percussion Camp in Florida where he had Ney Rousaro as an instructor.

In 2014, the musicality of Naná Vasconcelos and her vocal and corporal percussion added to all the wisdom of her traditions, transformed and opened new musical possibilities during Workshop in São Paulo.

The following year, still inspired by the energy and simplicity of Naná, he investigated the roots of the Brazilian percussion using the Berimbau, Pandeiro, Agogô, and Caxixi. It was in then that the invitation to represent Brazil and share the culture of his country in Sweden during Ethno Camp happened.

Shortly after returning from Europe, he was selected to participate in the MOVE Project, an exchange program between Brazil, Malawi, Norway, and Mozambique. It was during his stay in East Africa that Scaramuzza could meet and work alongside artists from various countries and also develop alongside the Norwegian Karoline Asskildt the TaKagunda Project, focused on female empowerment through percussion.

In one of the actions of TaKagunda, in the Amazon Region, he produced «Compartilhando Sons e Saberes», a one-week experience between Macuxi and Wapichana natives to exchange experiences with traditional music.

Eduardo is part of Mbirofonia Duo alongside Mozambican Otis Selimane Remane, whose main instrument is Mbira and is the main source of research of the traditional Zimbabwean, Malawian, Mozambican and Afro-Brazilian rhythms and songs. He is also an active member of “Núcleo da Orquestra de Objetos Desinventados”, created by Pax Bittar, where, in addition to being an interpreter and composer, works as a unique researcher, looking for possibilities and sound combinations present in everyday objects.

He currently lives in Norway and holds a master’s degree in Jazz / Improvisation from the University of Stavanger.

Igarapé is the debut Ep and the first project from Eduardo Scaramuzza with his own compositions and songs. The name Igarapé comes from Tupi language (Brazil)